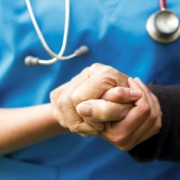 Alzheimer’s disease (AD) is a complex disorder of the brain whose cause remains unknown. AD can present with alterations in mental status, cognition, and behavior, but it is very rare for the disorder to present suddenly. After studying AD patients for decades, researchers now agree with the following 7 stages of Alzheimer’s disease.

The 7 Stages of Alzheimer’s Disease:

In the first stage, there is no obvious impairment. The individual may once in a while forget where he or she placed the house keys or other small items but nothing out of the ordinary. These changes are usually attributed to forgetfulness which can come with older age rather than dementia. Even a neurological exam at this stage will not reveal any type of memory or cognitive deficit.

During the second stage, an acute observer may notice a very mild decline in the memory of the AD individual. He or she may not be able to remember the birthday of siblings or forget if they turned off the lights in the bathroom. These changes are very subtle and even at this stage, the individual may do very well on formal cognitive and memory testing. Most individuals with Stage 2 AD can live life independently.

During the third stage, the individual will have a mild decline in memory and cognition which may start to be noticed by the family or caregivers. The individual may:

Deficits during Stage 3 can be detected with formal cognitive testing.

This is associated with a moderate decline in the individual. During this stage, it is obvious that the individual is having a variety of problems that include the following:

This is associated with a moderately severe decline in the AD individual. Some of the classic features of this stage include the following:

Some individuals in Stage 5 AD may still be able to function and use the bathroom without assistance. They may be fully aware of the family, their names, may even recall some childhood memories. But, overall, at this stage, accidents and falls start to occur more frequently.

This is associated with severe decline and the individual requires constant supervision and 24/7 supportive care. Common features of this stage include:

– Unaware of their surroundings

– Is incontinent of feces and urine

– The individual may be acting very differently, and moods may fluctuate from sadness to anger.

– The individual may show signs of inappropriate behavior, say inappropriate things or may wander around; getting lost is common.

– He or she needs 24/7 care, including toileting and bathing

– Hallucinations, paranoia, and delusions are very common during this stage and some type of medical therapy may be needed.

This stage is associated with severe decline and is the terminal stage. Most individuals in this stage are ill and are nearing death. During this stage, you may notice the following:

Alzheimer’s disease is a serious disorder and creates havoc not only in the affected person but also in those surrounding him/her, including the caregiver. There is no cure for the disorder and most individuals require extensive supportive care during the later stages of the disease. There are a few medications available to help, but these only work briefly during the early stages and often have side effects that can be worse than the symptoms of the disease.

By knowing the 7 stages of Alzheimer’s disease and how AD progresses, you can help prepare yourself ahead of time. Armed with this knowledge, you can find ways to cope and deal with the symptoms. In many cases, finding a place in an assisted living facility may be the only option.

Looking after an individual with Alzheimer’s disease is a major undertaking and can be physically, emotionally, and financially draining. You can easily be overwhelmed with the daily needs of someone with AD. It is vital that you know where to seek help and know about the supportive networks that exist. The more you look after yourself, the better you will be able to look after your loved one with AD.

If you are living in Florida, you have a friend in Cano Health Services.  They specialize in senior, wellness, and preventive care.  They serve both Medicare and Medicaid patients.  Call them today at 1.855.226.6633 to learn more about getting help for your loved one and/or yourself or to better understand the stages of Alzheimer’s disease.