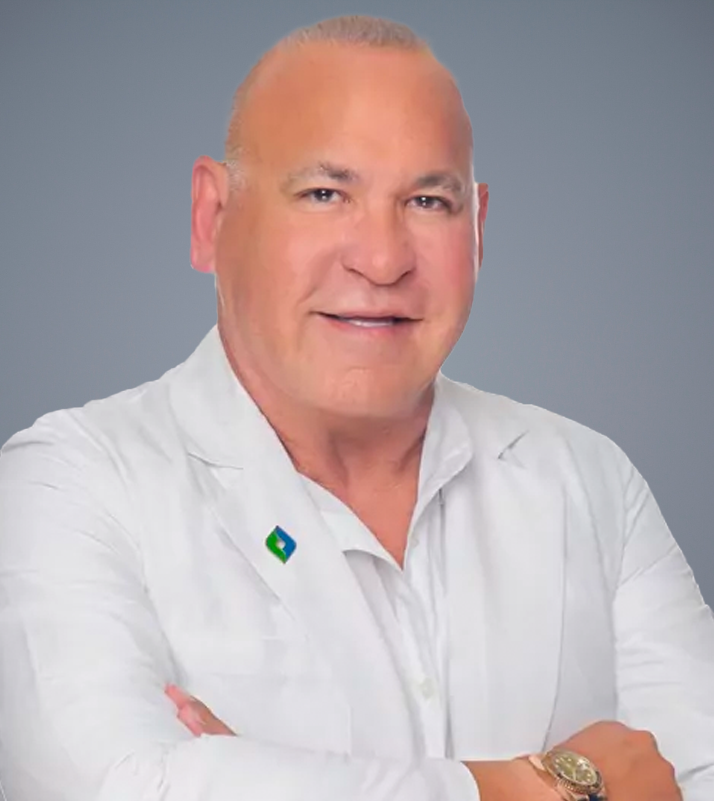 Valerio Toyos, M.D. established his practice in Miami in 1988 after completing his medical training and two residency programs in pediatrics and internal medicine in New York City. Early in his South Florida career he built one of the first versions of a hospitalist program in the country by establishing a panel of internal medicine doctors to oversee hospital admissions. The project was so successful that it was subsequently acquired by Sheridan Health Corporation in 1993.

Along with the growth of his practice, Dr. Toyos has launched numerous initiatives aimed at granting access to healthcare within the Hispanic community. Academically, he serves as Associate Professor of Medicine at Florida International University (FIU) where he teaches fourth-year medical students in geriatric rotation. He also serves as a board of trustee member for Miami Country Dade Schools.

He has been married to his wife, Janet for 19 years, and is the proud father of 4 children.