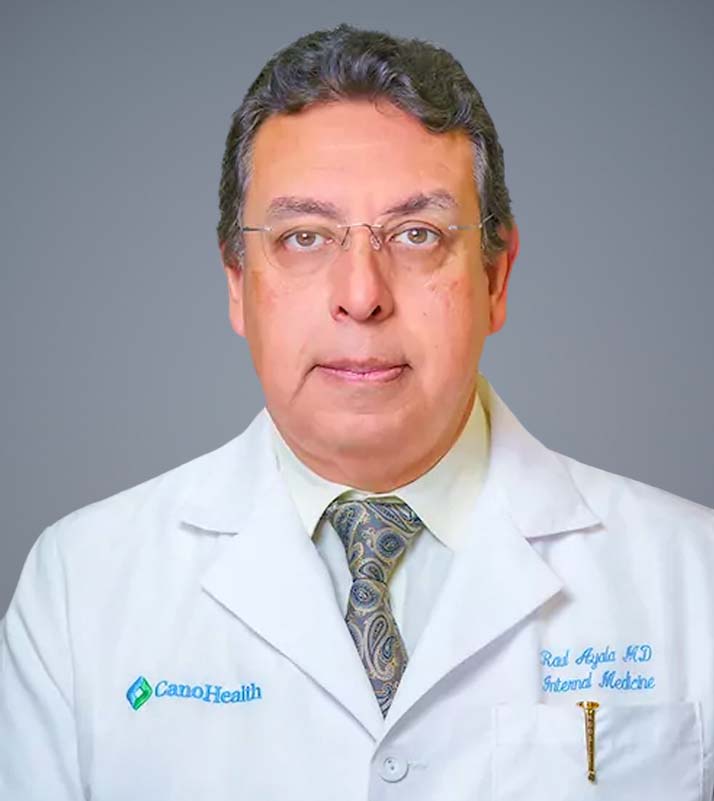 Raul Ernesto Ayala, M.D. has been practicing medicine in the Tampa Bay area for the past 15 years.  He most recently joined Cano Health as medical director of the company’s Riverview office.

A native of Lima, Peru, he graduated with his medical degree from Universidad Nacional Mayor de San Marcos, and later completed his Internal Medicine specialty at Episcopal Hospital of Jefferson College of Medicine at Philadelphia.

After his training, he joined the United State Air Force as active medical officer. During his military tenure, he proudly served as chief of the Internal Medicine Department, as well as chief of the HIV and Infectious Disease Clinic at MacDill Air Force Base in Tampa.

Dr. Ayala opened his own medical clinic in Riverview in 2003, where he has devoted his career to serving thousands of happy patients.